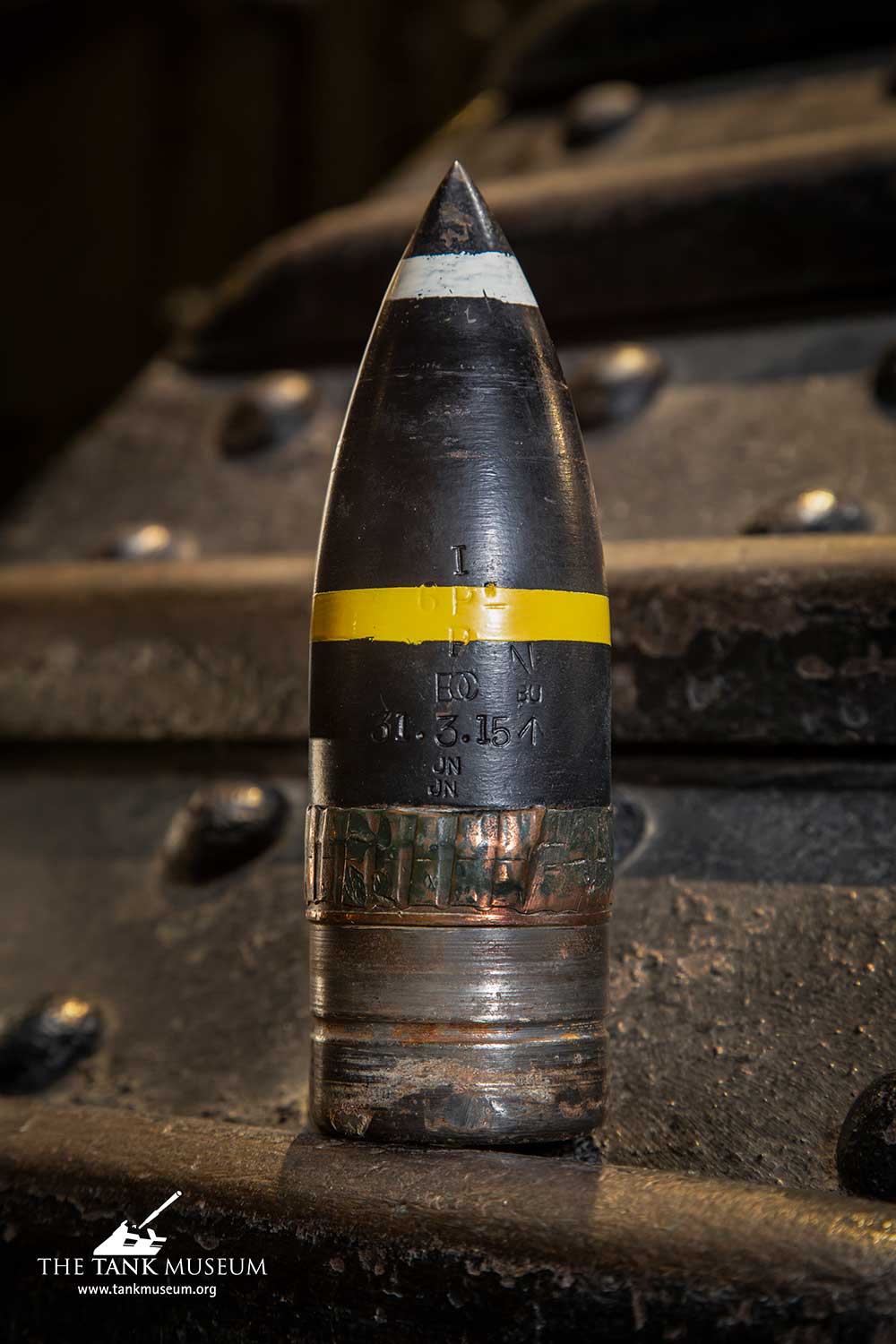 Hidden in plain sight, an indistinctive yet highly symbolic artefact has been rediscovered at The Tank Museum in Dorset.

A decades-old Museum accession book showed the Museum’s collection contained the first shell ever fired by a tank.

But collections staff had been unable to trace the exact whereabouts of the object among its extensive supporting collection until it was discovered – safely on display, where it has sat for almost 20 years.

The projectile, a training round which is identical in appearance to so many others, was fired from the prototype Mark 1 Tank during its first trial in 1916.

Museum Director Richard Smith said; “It had become part of the Museum’s collection shortly after it was founded in the 1920s. At some point since then, it had become separated from the wooden plinth with a plaque detailing its significance, and put on display as a generic example of a 6pdr round.”

A Museum Archivist discovered the shell when disassembling the case it was in. Carefully examining the object, they were able to make out an accession number from a badly faded label – recognising it as that of the “missing” shell.

Back in 1916, it had been fired when two members of the Landships Committee, formed to develop the tank during World War One, bet each other £500 that the tank would fall apart when the shell was fired.

But the vehicle held strong – and Mk1 tanks went on to prove invaluable for the Allied war effort on the Western Front, making their debut in battle in September 1916.

Mr Smith said: “This is a really important piece of history – and it’s ironic that in the last 20 years, around 3 million visitors will have passed it and looked at it without realising how important it was.”

Keep on Track – Wellbeing at The Tank Museum

Tiger Day at The Tank Museum was a sell-out!

The recent Tiger Day at The Tank Museum attracted the crowds and was a sell-out, Covid-safe…