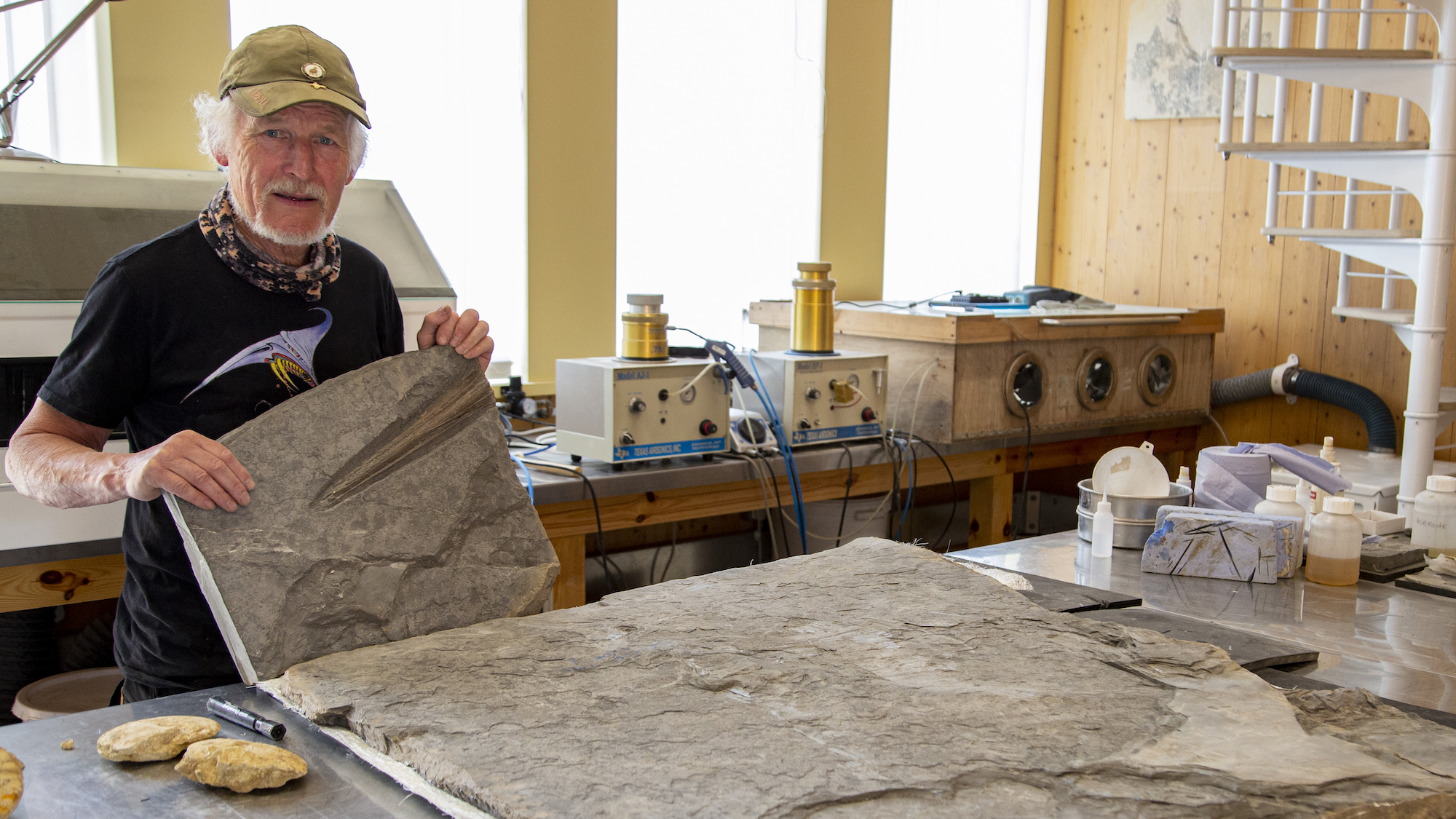 The Etches Collection of Jurassic Marine Life is showing live the preparation of probable new species of Sea Dragon, or Ichthyosaur.

The Collection is a unique, modern museum of amazing fossils – the marine life of Jurassic Dorset. Learn about life and death in the Kimmeridgian Seas 157 million years ago, during the age of the dinosaurs.

This summer Dr Steve Etches MBE is preparing the rare Sea Dragon, or Ichthyosaur fossil, in his glass-walled workshop for onlookers to see.

A live feed on a large television screen will show an overhead perspective so viewers can see exactly what Steve is doing.

This paired with the visibility through the glass walls will make for fantastic viewing and a rare chance to witness live preparations of such a large and exciting specimen.

“My interest really lies in what it will reveal. We know its an Ichthyosaur, but the excitement comes from having no idea as to just how special it could be. We think this may be an ancestor to an ichthyosaur called Eurhinosaurus, but we don’t know. This could turn out to be a really important specimen.”  Dr Steve Etches

Over many weeks the creature will be revealed

Preparation of fossil specimens is a necessary process to expose such specimens from the rock matrix. Across several weeks, maybe months, viewers will be able to see this incredible specimen be revealed from the Jurassic rock. Preparation uses a variety of techniques such as air penning and air abrasion.

Airpenning initially removes the surface of the rock, before air abrasion reveals the finer details.

Visitors will be able to witness in real time the reveal of an ancient prehistoric Jurassic marine reptile. One of the finest palaeontologists uses the latest preparation techniques. Visitors can experience the unique process in unlocking the secrets of a fossil Ichthyosaur that could be a new discovery for science.

Find out more about prehistoric adventures under the sea here

Test yourself with the Everest Challenge for Autism Wessex

Have you ever dreamt of climbing Mount Everest? Or maybe you fancy a challenge... We’re…