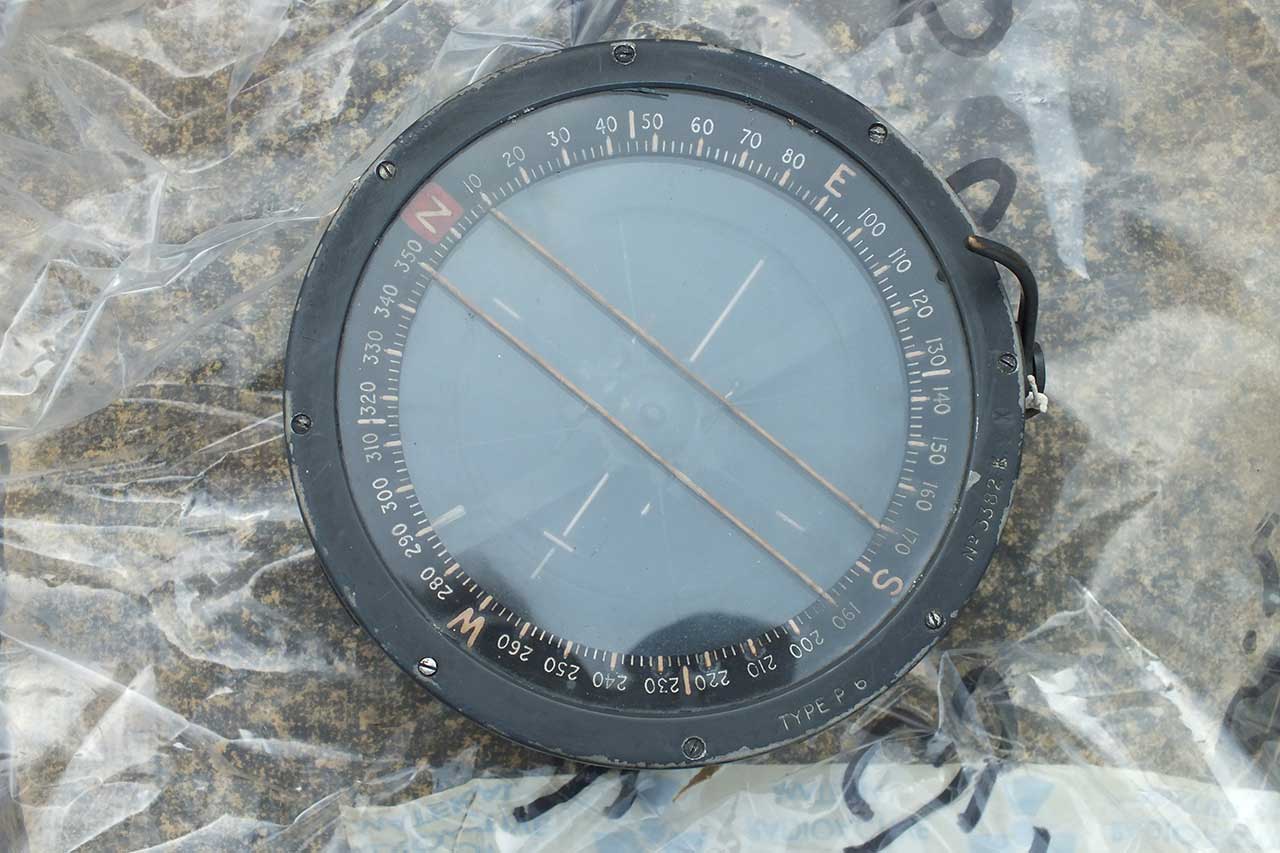 A radioactive tank compass, used by a three man crew to make an astonishing escape from behind enemy lines in World War Two, will go on display at The Tank Museum later this year.

Second Lieutenant Peter Vaux, Major Stewart Fernie and Lance Corporal Robert Burroughs were in a Light Mark VIB tank at the Battle of Arras in May 1940 when they became separated from their battalion.

They found themselves behind enemy lines and mingled with German troops – they even had a traffic shunt which prompted a German officer ‘with true Teutonic efficiency’ to clear the road and wave them on.

Vaux later recalled the moment he realised they were in trouble and planned their escape.

He wrote: “I was completely paralysed with fear. Our petrol was almost finished so we made for a wood and deep in the undergrowth hid the tank.

“We destroyed the wireless set, smashed the guns and generally put the tank out of action.

“We then removed the P8 compass, the emergency rations and our greatcoats.”

They continued to try and get back to allied lines and in a remarkable 11-day adventure used the luminous P8 compass to get to the River Somme, on the other side of which were French troops.

To reach the river they lived on their wits, dodging German patrols, hiding in farms and woodland and scavenging for food, all the time, relying on their tank’s compass.

At one point they were caught by a German officer and Vaux shot him dead at close range so they could escape.

After the trusty compass had led them to the river, there was another obstacle – seemingly impenetrable marshland.

In a bizarre twist they met Monsieur Gilis, a courageous Belgian interpreter who dressed Vaux in civilian clothes, claimed he was a Flemish refugee and said they had been ordered to repair fences.

The ruse worked and the pair were able to cut a path to the river while taking notes on the whereabouts of the German patrols.

At night, the three crew set out to cross the river. As Major Fernie was the strongest swimmer Vaux gave him his supplies, including the compass, and uniform to take with him.

During the crossing Burroughs was swept downstream and drowned and Vaux and Fernie were separated. At the other side, Vaux walked up the river bank clad in just underpants and beret trying to find Fernie.

Exhausted he was picked up by French troops who fed and clothed him and drove him to Aireans HQ where he was reunited with Fernie and the compass.

Vaux would later recall: “At 1.30 am on 1st June we plunged into the river. It was deep, fast running and we had a bad crossing. Corporal Burroughs was drowned.

“The Major got across but collapsed on the far bank. I was swept some 150 yards downstream in a half dazed condition.

“I have a clear recollection of Corporal Burroughs drowning, but by this time was too far gone myself to be of any value to him.

After reaching safety Vaux and Fernie were sent home. Vaux wrote: “On 5th June we left France and at 6am on 6thJune caught our first glimpse of Weymouth Bay. Never, I think have I ever seen anything so beautiful.”

David Willey, Curator of the Tank Museum said: “Compasses made for these tanks used radium paint so the markings would show up in the dark. The radium paint was radioactive and it degrades over time, flaking off the dial into the surrounding fluid. Radium is now of course recognised as a major health hazard.’’

‘’As such an important object we really wanted to see this item on display so we obtained advice from the Defence Scientific and Technology Laboratory on how this might be achieved safely.’’

“Like so many objects in the Museum – on its own as a Second World War era compass it is of little significance but add the story its use in the escape it becomes a remarkable object’.

“Peter Vaux was leader of the reconnaissance troop of 4th Battalion The Royal Tank Regiment and took part in the first major British armoured action of the Second World War – the counter-attack at Arras in May 1940.

“Von Rundstedt’s Panzers were sweeping west to the sea whilst the British Expeditionary Force (BEF) was struggling to return from their positions in Belgium – the place the where the attack had been expected.

‘Organised in a great hurry the British attack aimed to cut through the advancing German armoured column south of Arras. The attack was executed by just two tank battalions supported by infantry and although it failed to make much headway it caused panic in some of the German units.

As the advance of 4th Royal Tank Regiment slowed, Vaux and his crew were isolated and surrounded – and that’s when their astonishing escape began.

The battle caused a nervous Hitler to halt his tank advance for 24 hours, just enough time for the Britain to re-inforce the channel ports of Calais, Boulogne and Dunkirk. This meant Britain could rescue its Army to fight another day – a hugely significant point in the War.

‘This battle and Peter Vaux’s account of the escape highlights the courage, resourcefulness and sheer determination of our tank crews in the Second World War

Our new exhibition will include this and other fascinating objects and stories to tell the British tank soldiers story.”

After his escape he fought in the Western Desert then was promoted to GSO 2 (intelligence) at General Horrocks’ 13thCorps for the Battle of El Alamein.

He went on to fight in Italy where he was seriously wounded and after the war continued his military career and in 1957 was appointed OBE.

He served in Malaysia and in Northern Ireland and retired with the rank of Brigadier.

The Tank Museum is currently closed due to the COVID-19 restrictions. The compass will go on display as part of the new World War II; War Stories exhibition which is set to open later this year.

Otter-ly Confused Ahead of the General Election