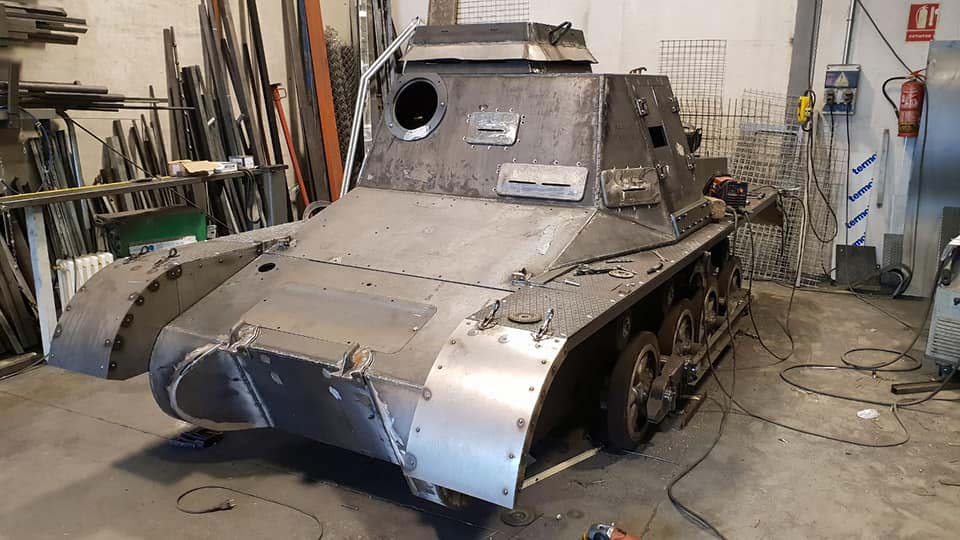 A replica WW2 Panzer I tank is to run for the first time in the UK at Tiger Day and TANKFEST, at The Tank Museum, Bovington.

Der Erste Panzer has produced a full scale, working authentic reproduction of the German WW2 tank, according to original specifications.

The Panzer I was a light tank produced by Germany in the 1930s. It saw first action in the Spanish Civil War, and during the Blitzkrieg in WW2.

The Project was started three years ago by a group of friends who had a shared interest in military vehicles from WW2.

The group modelled their tank on the Panzer I located at the Museo de Medios Acorazados, Madrid, Spain. The reference tank was pressed into action during the Spanish Civil War.

Der Erste Panzer’s Jose Martinez was at the forefront of the design and planning process, and has managed to faithfully replicate the Panzer I.

Jose Martinez “Although fabricating new parts is challenging, we have shown that it is possible to authentically replicate original vehicles with new technologies”.

Head of Marketing, Nik Wyness, “The Panzer I is an iconic WW2 tank and we are extremely pleased the replica is making an appearance at both Tiger Day and TANKFEST.

“I know that visitors to both events will be delighted to see the remarkably authentic replica run in the Museum’s arena”.

Tiger Day 13, 25 April 2020, is dedicated to the world’s most infamous running tank, Tiger 131. TANKFEST 26-28 June, is the biggest display of historic moving armour in the world. Tickets are available online. See The Tank Museum website for more details.

Visitors to Weymouth SEA LIFE were delighted to meet The Little Mermaid herself, when Abigail…