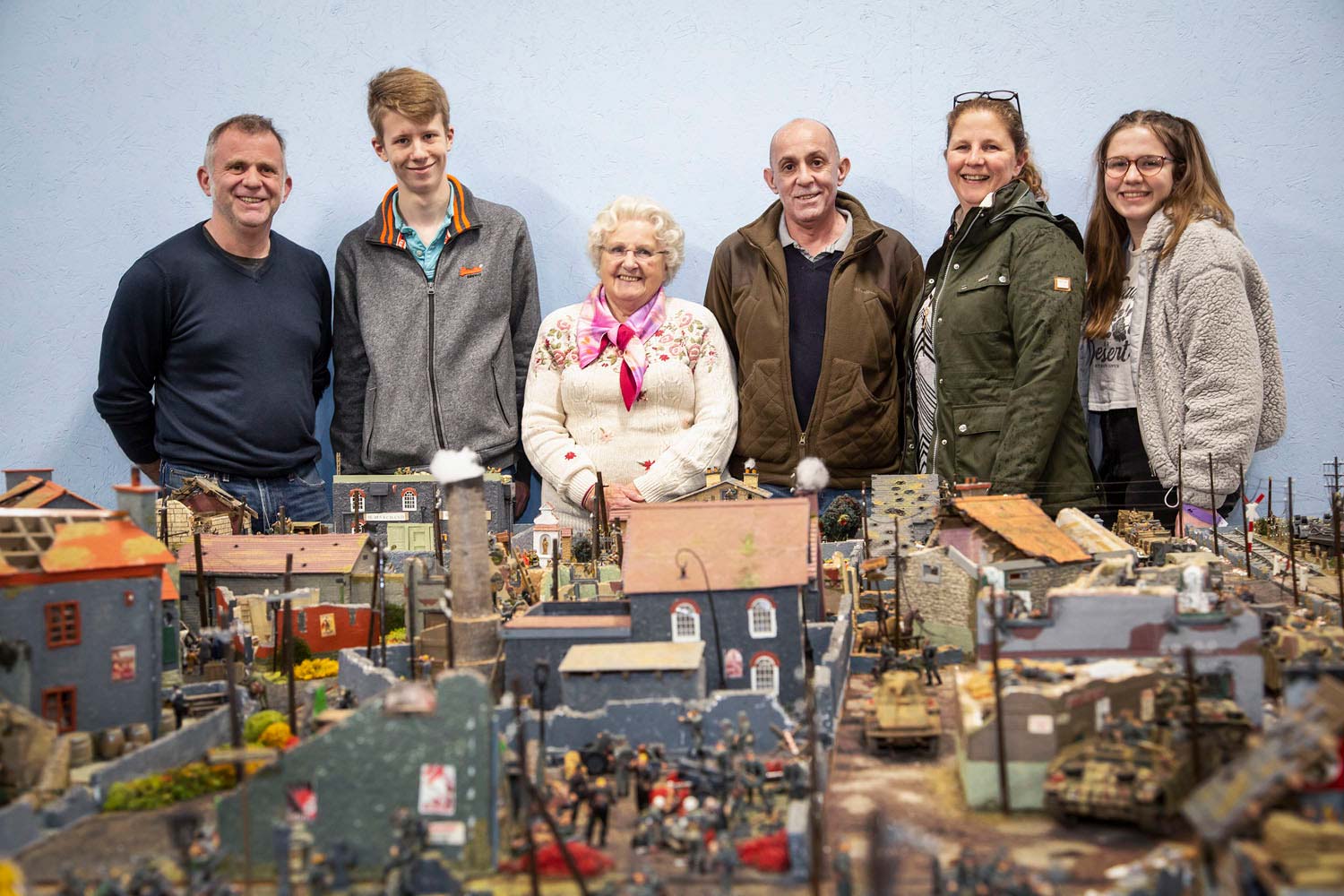 A 144 square foot model depicting a WW2 battle is being displayed for the first time this February half term, at The Tank Museum, Dorset.

John Friberg, who passed away 18 months a go, spent 30 years making the model, which is made of 36 squares that fit together to make this impressive model. The model depicts the village of Colombelles, north-east of Caen, a staging area for both Allied and German forces in July 1944, during Operation Goodwood, the Allied breakout after D-Day.

It includes 1350 soldiers and civilian figures, 56 tanks, 32 vehicles, 31 artillery pieces, 3 bicycles, 17 motorcycles, an armoured train, many buildings and a couple of cats!

John was an avid model maker his entire life and even visited Normandy and the Caen area to research his model, which was scaled from an actual D-Day invasion map.

John served with the Royal Engineers during the 1950s, in Cyprus and Egpyt, and during the Suez Crisis. He also became a campainger for the Suez Medal, which was finally awarded in 2003.

John’s son, Andrew Friberg, “Dad never managed to see the model laid out and complete, as he built it in the loft of his house.

“I’m sure he would have been proud, as the family are, to see it in its full glory”.

Visitors can see John’s impressive model all half term at The Tank Museum. Find out more on the Museum’s website: https://www.tankmuseum.org/whats-on/events/february-half-term

Keep on Track – Wellbeing at The Tank Museum

Sherborne Castle reopens its doors to visitors on 23 July.* Behind the scenes the team…

No need to cancel Christmas! Jingle all the way to Adventure Wonderland for your chance…