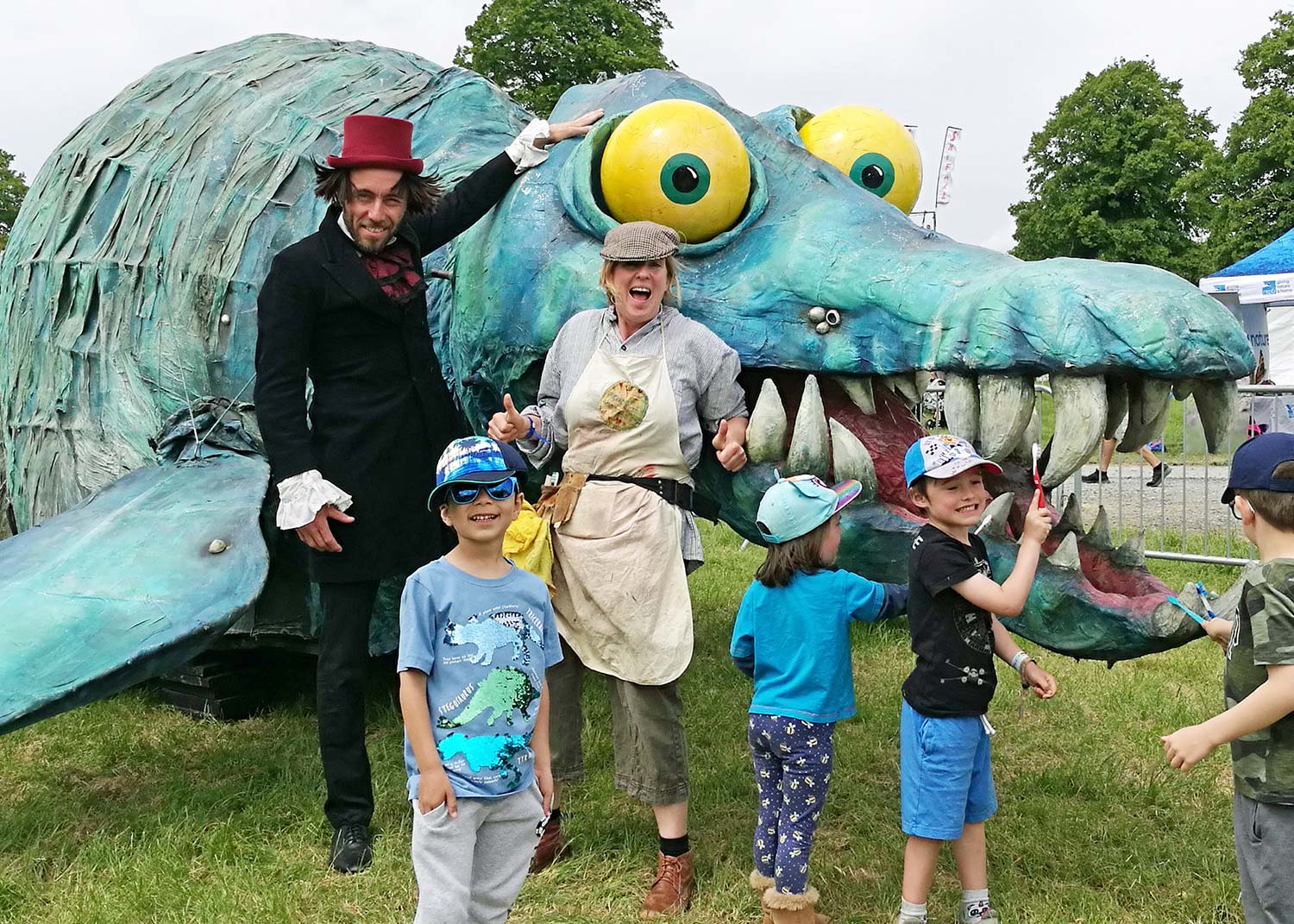 Horace the Pliosaur will be the star attraction, taking up ‘roar’sidence during half term at the park, which is opposite Bournemouth airport, from Monday 17th – Friday 21st February. He’ll be joined by Terence the T-Rex who will be on his best behaviour as he wanders around the park giving visitors plenty of opportunity to be extra brave and have their photo taken with him.

Horace is a model of a 165 million year old giant, 35 foot-long sea lizard fresh out of the Jurassic ocean. He will be introduced to visitors by performers, with audiences being invited to explore Horace and help prepare him for the day, brushing his teeth and massaging his paddles, before venturing inside his belly on a cinematic journey full of slimy surprises! It will be a fact-filled, fun, family experience.

There will also be dinosaur games, puzzles and colouring.  Plus, there will be a face painter on hand to turn the little ones into their favourite ‘roar’some animal, super hero or princess (extra fee applies).

And, if the little ones are hungry, then the meal deal, featuring Turkey Dinosaurs, is bound to hit the spot!

During the rest of February the outdoor attractions are closed.

Tiger Day at The Tank Museum was a sell-out!

The recent Tiger Day at The Tank Museum attracted the crowds and was a sell-out, Covid-safe…