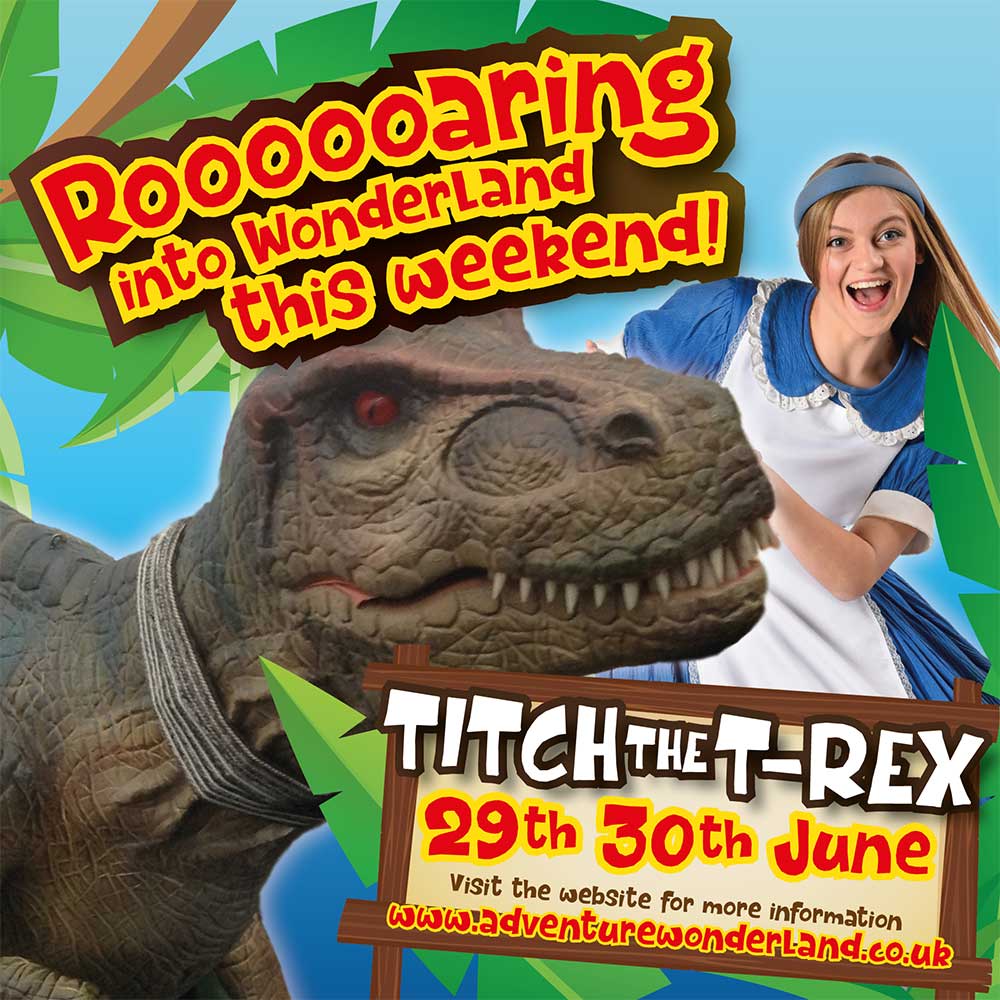 Titch the T-Rex will be the star attraction at Adventure Wonderland, Dorset’s multi award-winning theme park, on Saturday and Sunday, 29th, 30th June.

Titch will be taking up ‘roar’sidence at the park which is opposite Bournemouth airport, along with Raptors Ralph and Remy and Triceratops Gretel and Tilly.

Titch will be on his best behaviour as he wanders around the park giving visitors plenty of opportunity to be extra brave and have their photo taken with him.  But watch out as he’s particularly partial to Monster Munch!

When he is not on the prowl looking for visitors to scare he will be contained behind a ‘Jurassic Park style’ fence so the more cautious can get a closer look.

Children under seven will also be able to sit on Gretel who is an animatronic Triceratops or pose with a dinosaur egg or leg bone.

Visitors can also meet the pint-sized ponies in the new Shetland World, where they’ll have the opportunity to pat and stroke them.

Adults visiting the park on any weekend in June can get in for just £5 and children get same day FREE admission to the Aviation Museum opposite.

Half term fun and adventure at RockReef and PierZip on Bournemouth Pier!

There’s lots to keep all the family entertained on Bournemouth Pier this October half term. RockReef…

Animal-Themed Activities all Half Term at The Tank Museum!

This half term enjoy animal-themed activities all week at The Tank Museum with Tank Zoo!…