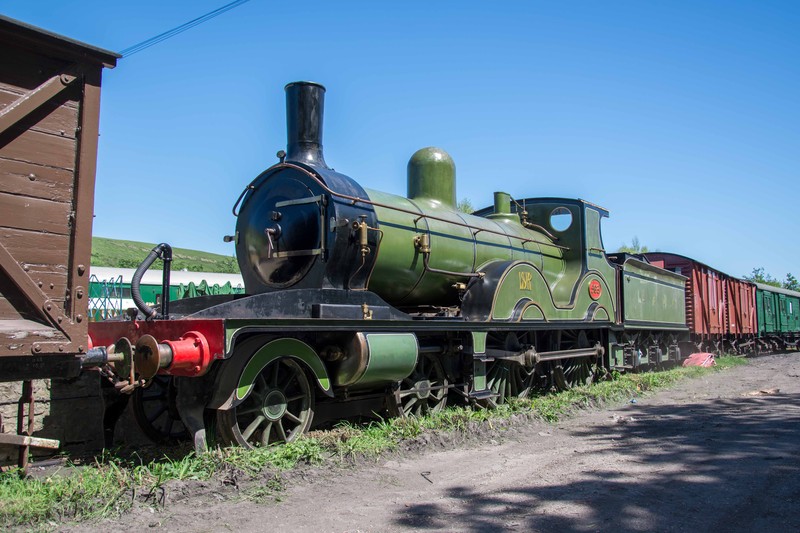 An ambitious appeal has been launched to raise £350,000 to return a unique Victorian steam locomotive – that escaped the scrapman’s torch thanks to the centenary of London’s Waterloo station in 1948 – to full working order so it can again haul trains through the Isle of Purbeck.

563 Locomotive Group chairman Matt McManus said: “This is one of the most exciting locomotive restoration projects of the last 25 years – a unique project that will bring a locomotive most people thought would never steam again back into life on the railway that it was built for.

“The Swanage Railway Trust believes the best way for No. 563 to tell its important transport, industrial and social story is to return the unique locomotive to steam so it can again haul trains in the Isle of Purbeck for the first time in some 80 years,” he added.

The T3-class steam locomotive was donated to the Swanage Railway Trust, a registered charity, by the National Railway Museum in May, 2017.

The decision of the Swanage Railway Trust to return No. 563 to steam for the first time in more than 70 years followed a detailed mechanical inspection of the locomotive at the Flour Mill workshops at Bream near Lydney in Gloucestershire’s Forest of Dean.

After No. 563 was stripped down to its component parts, it was found that the locomotive was in a good mechanical condition and that restoring the T3 to full working order could be achieved.

Matt McManus explained: “The T3 allows us to go right back to the very start of railways in Dorset. No. 563 enables the Swanage Railway Trust to show how railways connected rural and coastal communities in the Victorian and Edwardian periods.

“The T3 was built in 1893 – just eight years after the Swanage branch line opened in 1885 – with No. 563 being used to bring express passenger trains from London to Corfe Castle and Swanage which this created a legacy of tourism that remains to this day.

“The T3s were known as strong, free steaming and fast locomotives and we expect that No. 563 will be able to handle five-carriage trains on the Swanage Railway with relative ease,” he added.

Swanage Railway Trust chairman Gavin Johns said: “The decision to restore the T3 to full working order – so it can again haul trains in the Isle of Purbeck for the first time in some 90 years – demonstrates the Trust’s commitment to creating a living link to the very start of the railway that we have preserved to this day.

“The restoration of the No. 563 will allow us to show a period when the branch line railway from Wareham to Corfe Castle and Swanage was an exciting, colourful and modern addition to a rural community.

T3 class No. 563 was withdrawn by the Southern Railway at the end of the Second World War in August, 1945, by which time it had run a total of 1.5 million miles.

During its long working life, the T3 class locomotives hauled trains from London on the west of England main line, across Dorset and down to Corfe Castle and Swanage.

Designed in 1890 by William Adams – one of the greatest locomotive designers of the 19th century – for smooth running at up to 80mph, and built at Nine Elms in London, the 81-tonne No. 563 was not scrapped in 1948.

Instead, the unique locomotive – that carried three tonnes of coal and 3,300 gallons of water – was selected for restoration and display at London’s Waterloo station centenary celebrations during 1948 in a move that guaranteed the preservation of No. 563.

To find out how you can help return No. 563 to steam so it can haul trains through the Isle of Purbeck for the first time in more than 80 years, visit the 563 Locomotive Group’s website at www.563locomotivegroup.co.uk.

The Swanage Railway always welcomes new volunteers so, for a chat, contact Swanage Railway volunteer co-ordinator Mike Whitwam on 01929 475212 or email him at iwanttovolunteer@swanagerailway.co.uk.