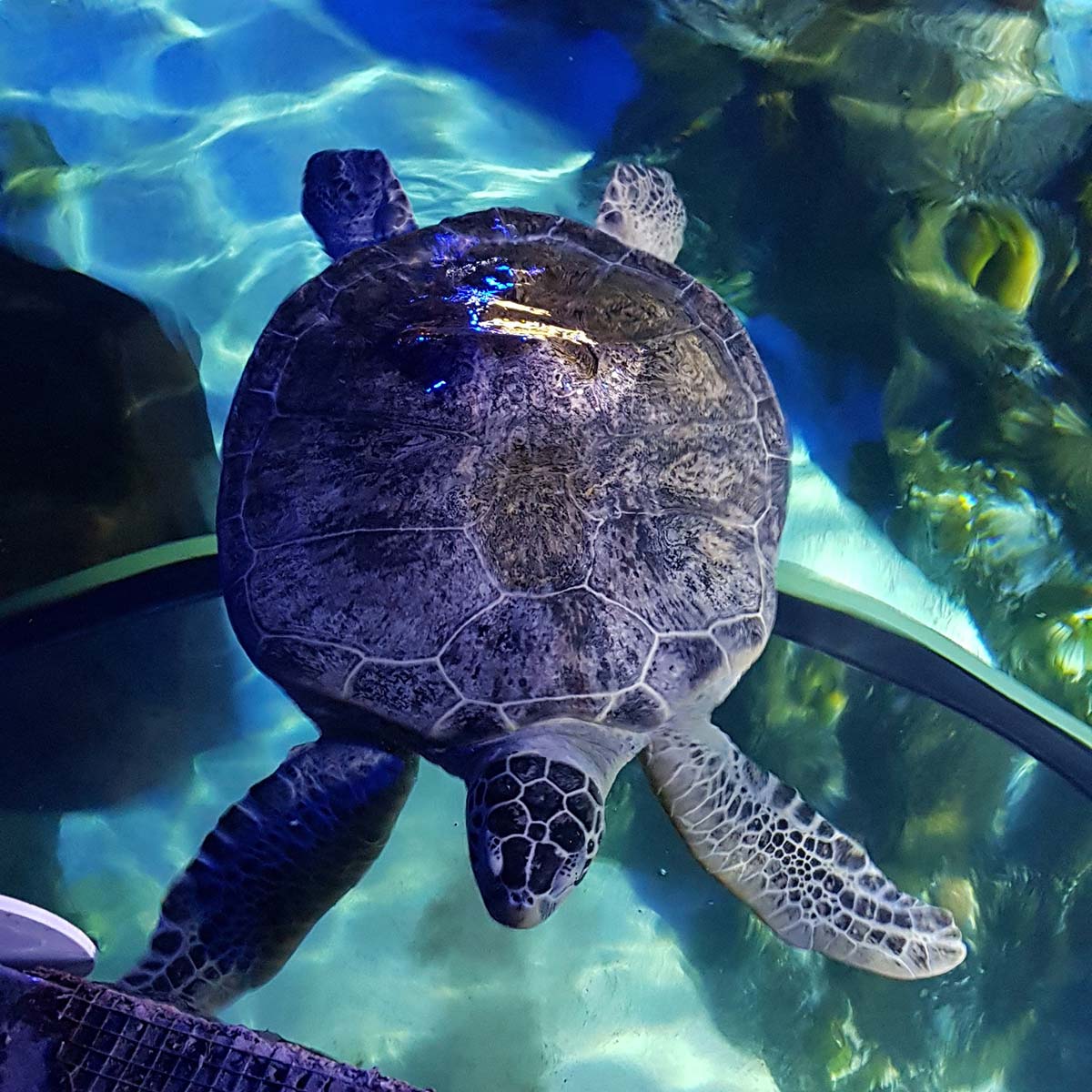 Weymouth SEA LIFE Adventure Park is proud to reveal its newly-renovated ‘Turtle Sanctuary’ in time for World Turtle Day on Thursday 23rd May!

The park first opened its sanctuary, with the huge iconic turtle entrance, back in 2006 with the arrival of six Green Sea Turtles. They were rehomed from a sanctuary in the Caiman Islands, as they were unable to be released back into the wild.

In 2010, a new group of injured Green Sea Turtles arrived at the park, having been rescued in Florida where they were hit by boats. Their injuries caused shell deformities meaning they require lifetime buoyancy support, and so would not survive if returned to the wild. They now live under the care of the expert team at Weymouth SEA LIFE in the park’s vast Ocean Tunnel.

Since then, with a rise in popularity of turtles, the park became inundated with unwanted pets – particularly terrapins. Kico Iraola, Curator at Weymouth SEA LIFE explained:

“Many owners underestimate the size they can grow to, the specialist care they require and their long lifespans, resulting in the creatures being abandoned. Certain species are also controlled by the Invasive Alien Species Regulation because they are not native to the UK and would do harm to local wildlife. Because of this, they cannot be legally bought, sold, given away, or released into the wild, and so must live out their natural lives under their current ownership.”

There are currently 23 terrapins at home in the park, some of which are kept in specialist facilities behind the scenes at the aquarium in Weymouth. The others can be seen in our Rainforest aquarium, as well as the new Turtle Sanctuary area that recently reopened with three new ponds within two large enclosures.
The extensive redevelopment also includes a Conservation Zone with five large interactive games to play that raise awareness of the work of the SEA LIFE Trust charity as well as plastic pollution and seal rescues in the UK.

To celebrate World Turtle Day, the park is offering 50% off their full-priced entrances fees on 23rdMay to all visitors who quote the code “Happy World Turtle Day” on arrival.

To find out more about the turtles at Weymouth SEA LIFE see the Ocean Tunnel talks & feeds, daily at 12.30pm and 3.00pm. For more information about the park and creatures and events, including the new Season Pass offer to ‘Pay Once Visit All Year’, please go to sealifeweymouth.com.

Hidden in plain sight, an indistinctive yet highly symbolic artefact has been rediscovered at The…